With a total volume of 6.2 billion € in 2019, German start-ups have received more money than ever before. There were 13 financing rounds with a volume of more than 100 million €. The capital was mainly carried out by foreign investors. Some sectors benefited more than others. Top ranked are the sectors: Mobility, FinTech, Software and E-commerce. 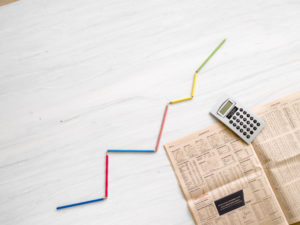 It is great to see that the number of financing rounds increased significantly overall and thus significantly more start-ups received fresh money. In particular, more little early-stage investment rounds with a maximum volume of 5 million € were registered (+ 27 percent to 541). By contrast, medium-sized investments between 10 and 50 million € declined (- 14 percent from 81 to 70).

For us as Life Science start-up enthusiast it is exciting to see that more and more money is being invested in start-ups in general, however it is also clear that the Life Science sector in general still has some way to go in Europe to catch up. The reasons for this are diverse, ranging from the high capital-intensity of Life Science start-ups, the often strictly regulated market environment to the high risk associated with the –oftentimes – still very much research-oriented product development efforts of Life Science start-ups. Only relatively late in the (research) process it becomes clear whether the original scientific idea can actually be implemented and has a chance of market success – in other words, whether it can become a real innovation. While a minimum viable product (MVP) can be realized relatively quickly by start-ups in the digital sector in order to convince early-stage investors, reaching a point of product maturity comparable to a MVP is much more difficult in Life Sciences. Thus, Life Science start-ups often have hard times to find early stage funding. Therefore, we appreciate the initiative by the German government in 2019 to establish a specific program for this initial support specifically for Life Science start-ups: GO-Bio initial. With relatively small investments (up to 100,000 € for the conception and exploratory phase and between 500,000 to 1 million € for the feasibility studies), Life Science researchers is given the opportunity to further develop their ideas. By funding this very early phase, further research and perceptive foundations of Life Science companies is often only made possible and represents a useful addition to the existing forms of funding in the early phases. With 41 funded ideas in the first round for the conception and exploratory phase, the start of the program can be considered a success – at least from today’s perspective. (Source: GO-Bio initial)

You can find out more about which cookies we are using or switch them off in settings.

This website uses cookies so that we can provide you with the best user experience possible. Cookie information is stored in your browser and performs functions such as recognising you when you return to our website and helping our team to understand which sections of the website you find most interesting and useful.

Strictly Necessary Cookie should be enabled at all times so that we can save your preferences for cookie settings.

If you disable this cookie, we will not be able to save your preferences. This means that every time you visit this website you will need to enable or disable cookies again.